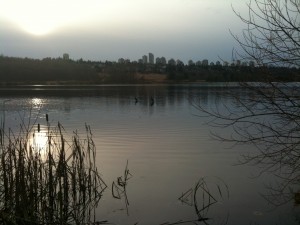 Many years ago my husband and I lost a baby daughter at birth. Thanks to the compassionate wisdom of the nurses who were present, we were given all the time we needed to hold our baby and say goodbye.  Of course the grief process had only begun when we left the hospital with only an armful of flowers, cherishing a card with her footprints and little pink cap.   After that one by one I heard stories from other women, many of them of my mother’s generation, about losing a baby or a pregnancy and being treated as if it should be no big deal. One woman told me that she had to report to work the next day and not a single co-worker acknowledged her loss.

About a year later, I was talking about this to a friend who is a Zen priest and she gave me the instructions on how to perform the Jizo ceremony, a Japanese Buddhist ritual for ‘water babies’, infants who were unable to be born into this world for any reason, including miscarriage, abortion, still birth or early infant death.

The first time I performed this ceremony was in a large log cabin on a beach in Alaska.  Word had gone out in the community and twelve people showed up: some single women, a few couples and a man who came alone.  For each ‘water baby’ we gathered three rocks, which were piled up.  We had made little bibs, like an apron, in red to tie around and in each bib was an aspiration prayer for our baby.  It was touching and heart breaking to see how many little water babies appeared on the shrine, many more than the people attending. Some losses were from decades ago and others more recent. The ceremony itself was simple, but the healing circle that had formed was beyond words.

From my personal experience I know how important it is to offer a ‘cradle of loving kindness’ for people in our community who are suffering from losses that normally go unseen.  The Jizo ritual  is symbolic.  It calls upon a bodhisattva warrior who made the vow to postpone enlightenment until all beings are rescued.  This warrior has a torch, symbolizing the commitment to enter dark or silenced corners of our lives, bringing clarity and warmth so that we can find our way to recovering confidence in our basic goodness.  To me this combination of illumination and compassion is what we need to heal.

teaches part time for Green Zone Institute and for Karuna Training. Susan is a retired Marital and Family therapist who has been practicing mindfulness meditation for over 35 years.  She is the author of the book The Five Keys To Mindful Communication and a contributor to The Mindful Revolution, edited by Barry Boyce. Her website is: http://www.susangillischapman.com. Read more about Susan here.

Let’s Get You Signed Up For Our Webinar

Please complete the form below to register for our free, live 30-minute webinar on how to bring mindful communication to all your personal and professional relationships. Once you register, you’ll receive an email containing your confirmation and information on how to access the webinar on the date you’ve registered for.
Login
Lost Your Password?