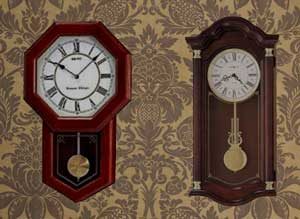 “Every act of communication is an act of tremendous courage in which we give ourselves over to two parallel possibilities: the possibility of planting into another mind a seed sprouted in ours and watching it blossom into a breathtaking flower of mutual understanding; and the possibility of being wholly misunderstood, reduced to a withering weed.”

“Candor and clarity go a long way in fertilizing the soil, but in the end there is always a degree of unpredictability in the climate of communication — even the warmest intention can be met with frost. Yet something impels us to hold these possibilities in both hands and go on surrendering to the beauty and terror of conversation, that ancient and abiding human gift. And the most magical thing, the most sacred thing, is that whichever the outcome, we end up having transformed one another in this vulnerable-making process of speaking and listening.”

“If you mount two clock pendulums side by side on the wall, they will gradually begin to swing together. They synchronize each other by picking up tiny vibrations they each transmit through the wall.”

“Any two things that oscillate at about the same interval, if they’re physically near each other, will gradually tend to lock in and pulse at exactly the same interval. Things are lazy. It takes less energy to pulse cooperatively than to pulse in opposition. Physicists call this beautiful, economical laziness mutual phase locking, or entrainment.”

“All living beings are oscillators. We vibrate. Amoeba or human, we pulse, move rhythmically, change rhythmically; we keep time. You can see it in the amoeba under the microscope, vibrating in frequencies on the atomic, the molecular, the subcellular, and the cellular levels. That constant, delicate, complex throbbing is the process of life itself made visible.”

“We, huge many-celled creatures, have to coordinate millions of different oscillation frequencies, and interactions among frequencies, in our bodies and our environment. Most of the coordination is effected by synchronizing the pulses, by getting the beats into a master rhythm, by entrainment.”

“Like the two pendulums, though through more complex processes, two people together can mutually phase-lock. Successful human relationship involves entrainment — getting in sync. If it doesn’t, the relationship is either uncomfortable or disastrous. […]”

“When you speak a word to a listener, the speaking is an act. And it is a mutual act: the listener’s listening enables the speaker’s speaking. It is a shared event, intersubjective: the listener and speaker entrain with each other. Both the amoebas are equally responsible, equally physically, immediately involved in sharing bits of themselves.”

About the Author: Ursula Kroeber Le Guin was an American science-fiction novelist. Excerpt above from ‘The Magic of Real Human Conversation’.