Mindfulness and Psychiatry: The Next Fad or a New Revolution? 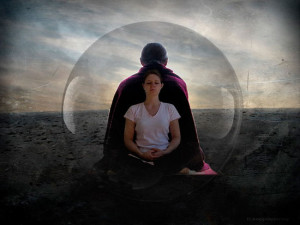 By Elana Miller, MD, Psychiatrist and writer at Zen Psychiatry

“As a psychiatry resident with both a personal interest in meditation and a professional interest in integrating Eastern mindfulness practices into Western psychiatry, I like to keep up with the latest research on the subject. And I can’t help but notice how trendy the topic has become.

My last literature search turned up articles like “Pilot randomized trial on mindfulness training for smoking in young adult binge drinkers,” “Mindfulness-based program for infertility: An efficacy study,” and even “Mindfulness-based cognitive group therapy vs. cognitive behavioral group therapy as treatment for driving anger and aggression in Iranian taxi drivers.” These days one can hardly read a magazine or medical journal with seeing some reference to this simple concept being the new wave in self-help wisdom.

As I or any practicing meditator can attest to, though, mindfulness may not be the next panacea, but it is much more than just the next fad. The core principles of Buddhist psychology were developed almost 2,500 years ago, and first written down by the Indian scholar Buddhaghosa in The Path to Purification almost 1,500 years ago (predating Freud by about 1,400 years).

The leap of bringing these eastern concepts to western psychotherapy is credited to several forward-thinking pioneers, including the Harvard psychologist Jon Kabat-Zinn. Kabat-Zinn, author of the New York Times bestsellers Wherever You Go, There You Areand Full Catastrophe Living, became renowned for bringing his mindfulness-based stress reduction program (MBSR) to Harvard in the early 1980s to help patients cope better with chronic pain. The approach was revolutionary. Instead of trying to eliminate the pain, he showed his patients how to accept it.

But what is mindfulness, anyway? One def…” To read more, click here.