The Conversation that Saved the World 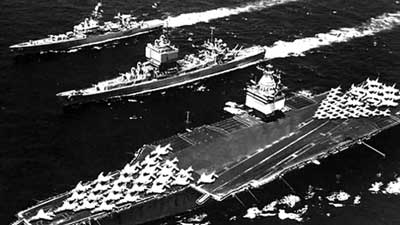 What if I told you that one single conversation already saved your life? Would you believe it?

How powerful are words? Can they really change the world for the better? Don’t we often feel that words are just so much talk-talk-talk while humanity and our fragile planet rests on the brink? Talking is only taking away from doing, which is what is important. “Less talk, more action,” as the English saying goes.

So what if I told you that a single conversation saved a million lives?

Or a billion? Or everyone on the whole planet, man, woman and child?

And beyond. Dogs. Cats. Plants. Fish. Birds… All of it.

Because it did. In October 1962, hundreds of feet below the surface of the Caribbean Sea, one human being — a person just like yourself — spoke to another and saved most of the life on this planet. Someone who was not famous. Was not a President or a Premier or even a high commander. One person saved us all, only with words. 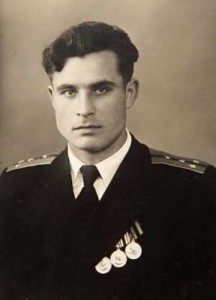 His name was Vasili Alexandrovich Arkhipov. He looked like this.

Many today don’t remember the Cuban Missile Crisis, or don’t remember it well. The militaries of the US and the Soviet Union faced off in the waters off Cuba, threatening to launch (and counter-launch) nuclear weapons which would destroy much of the world within an hour.

Many of those who lived through those fateful weeks might only remember what they were told at the time (which turns out to be largely untrue). If you’re interested, you can find endless amounts of insightful material, from Oliver Stone’s The Untold History of the United States, to the film Thirteen Days. There have been many helpful historical analyses of its importance, from the perspective of geopolitics, to the impact on decision making in the Nuclear Age, to its changes it introduced into the psychology of Americans.

While all these are compelling, I aim to tell Vasili Alexandrovich Arkhipov’s part of the story in a simple way. In a human way. As a conversation.

What Happened on The Submarine

Vasili was an officer on a Soviet sub, ordered to wait beneath the Caribbean Sea during the conflict in total radio silence, with no contact with their leaders in Moscow. The sub was spotted by the American Navy and so it dove deep, to hide. Multiple destroyers began dropping depth charges, which exploded on one side of the sub and then another. Boom. And again and again. Boom. Boom. Each blast shook the vessel, heightening the sense that death would come at any moment. The crew was trapped by how deep the sub could go, and limited by the charges dropping from above. In the midst of this, the air conditioning broke, pushing temperatures to levels which caused crew members to pass out. The air was rank and stale, and surfacing for fresh air was out of the question.

Exhausted and anxious, the sub’s captain, Valintin Savitsky, assumed the worst. The charges going off meant what he feared most: World War III had already begun. In their last minutes, he could at least fulfill his orders before they all died, launching the sub’s nuclear-tipped torpedo to at least destroy part of the US fleet.

Ironically, the charges the US Fleet were dropping were not lethal. They were practice rounds, aimed not to destroy the sub, but to frighten it into surfacing. In a similar manner, the US Fleet had no idea that the sub was armed with nukes. Ironically, nor did rest of the US military — poised for a ground invasion — know that the Cuban ground forces had many small-scale tactical nukes at their disposal, which would have resulted in even more devastation.

Properly frightened, and assuming the worst, Savitsky asked his second-in-command to arm and load the nuclear torpedo. As per their protocol, they just needed approval from a third officer.

The exact details of the conversation are not clear. One Russian intelligence officer watching the conversation remembers “[Vasili] told the captain that the ship was not in danger. It was being asked to surface. Dropping depth charges left then right, noisy but always off target—those are signals, [he] argued. They say, We know you’re there. Identify yourselves. Come up and talk. We intend no harm.”

How long did the conversation go on? This is still classified. How did Vasili make his points? This too is classified. There are many things we cannot know. But what we do know should shake our sense of how the world actually works.

Unlike in movies, Vasili didn’t grab a handgun from someone’s holster and hold the sub’s leadership hostage, heroically preventing a nuclear war with force and ingenuity. He didn’t pull rank, and command the captain to stand down. Nobody called on the radio at the last minute to change the order. Unlike in movies, the world these men inhabited was every bit as complex and implacable and immune to simple manipulations as our world is most days. Though unlike most of our days, in that moment, humanity was leaning halfway into a bottomless void it could likely never climb back out of.

Would a gun have worked — or would such a move automatically mark Vasili’s perspective as invalid? (I picture him being labeled a counter-Soviet spy, placed in cuffs while they launch the torpedo. In films, such a hero breaks his cuffs and fights his way to the nuclear key. In reality, Vasili would likely watch, helpless and hopeless…)

In this kind of standoff, can one wait for a ‘Hollywood’ radio signal from Central Headquarters? (There they are, waiting, typing in the codes… Was that bit of radio static a garbled signal that the standoff is over? No. No it wasn’t. The launch will continue…)

Or do we look on, helpless, longing for those with requisite rank to manipulate situations for the rest of us?  (There was no one with rank — this was a wide open situation where three men had to work together to either destroy humanity, or to save it.)

Should we scream not to do it? (Go ahead, scream. See what happens.) Should we cry? (“The officer lost his perspective and was removed from the control room.”) Shall we sneer in scorn at the stupidity of the others? (and enjoy feeling superior while the world ends…?)

Are we truly as helpless as we sometimes feel — spinning in a big world like a frightened baby animal, flailing and squeaking without protection?

The ‘Magic’ that Saved the World 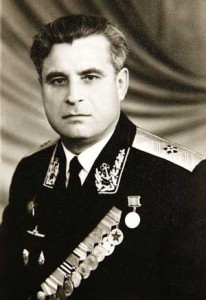 What happened in that moment was a form of ‘magic’ we most often overlook: Vasili spoke clearly and calmly. His wife later described him as a “modest, soft-spoken man.” He kept his composure. He spoke neither exaggerating nor suppressing what was true. Dropping depth charges left then right, noisy but always off target—those are signals… He spoke in a way that could be heard. Maybe they are saying ‘We intend no harm.’

Whether it was short, or whether such a conversation took an hour, the real magic was that words alone worked. The inauspicious and overlapping mistakes that were leading both sides of this drama in a tragic direction were overcome and dispelled, there in that fetid chamber. Three men looking at each other. Vasili speaking as best he could. And then the decision is made: turn it off, take it out, disarm the charge, we’re not firing.

I train people in communication. It is my work, and my passion. This is certainly the most dramatic conversation I know of — and perhaps in the history of the world. Maybe not in style, but in effect. We mostly don’t consider that every one of our words helps to create an atmosphere in which we all live. Whether that atmosphere is claustrophobic and rank, or fresh and enlivening, depends upon all of us together. Whether someone leaves a room slightly more confused, or a bit more clear… Whether they’ve lost their confidence, or remembered that even in the midst of their flaws, they’re human and alive and fundamentally empowered to keep on trying… We to can try. No matter what has come before, we have innate abilities. And we can train to bring each other back from the brink of mistakes that have powerful long term consequences.

And even beyond this — to help humans appreciate their fundamental decency and sanity. To recognize negative patterns and to anticipate them, so that such patterns won’t cause as much harm. Far from helpless, with a little training — particularly in the acute, self-observation of mindfulness meditation — we can help to build a more resilient and joyful collective human experience.

Should we have built statues to Vasili? Isn’t he the single greatest hero of all time? Or perhaps we ourselves are the symbol — the tribute to his moment of greatness. Like Vasili, we hold this magic as a part of us. We’re not all brilliant speakers. But we each have resources. We can speak humbly. And clearly. We are ordinary, as he was. And using the magic of our ordinary words, we can each help protect and enrich this world.

For more on upcoming trainings at Green Zone Institute, see our list of programs at https://greenzonetalk.com