The Buddhist View of Awake Anger 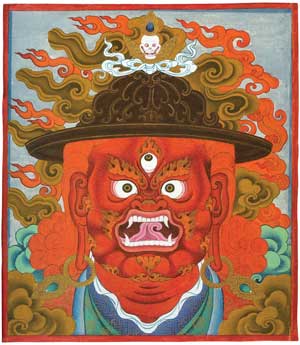 What does the Buddhist meditation tradition have to say about Green Light Anger? In that tradition, a “Buddha” is simply someone who has taken meditation to its end, relaxing into their natural awareness fully and overcoming self-deception. As this excellent article from Lion’s Roar magazine says:

“As with the other two poisons—ignorance and passion—what defines aggression is ego. Aggression is the energy of anger in the service of all we define as ‘self,’ ready to attack anyone and anything we deem a threat. But when anger is released from its service to ego, it ceases to be aggression and simply becomes energy. The pure energy of anger has wisdom and power. It can even be enlightened.”

“The buddhas are not just the love-and-light people we like to think they are. Of course, their enlightened mind is grounded in total peace, but in that open space compassion spontaneously arises. It has many manifestations. One is the pure energy of anger.”

“Anger is the power to say no. This is our natural reaction whenever we see someone suffer—we want to stop it. The buddhas say no to the three poisons that drive injustice. They are angry about our suffering and they will happily destroy its causes. They aren’t angry at us. They’re angry for us.” read more