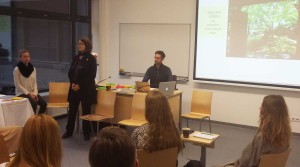 Susan Chapman explains the Mindful Heart method of Mindful Communication at the Institute of Psychology in Krakow, Poland, assisted by Greg Heffron.

Susan Gillis Chapman and Gregory Heffron began teaching together in 2009. In the years since, they’ve taught dozens of programs around North America and Europe. They’re delighted to add mindfulness teachers Sabine Rolf (2015 – Germany), Elesa Commerse (2017 – Chicago), and Esther Hasselman (2020 – Holland) to the Institute. 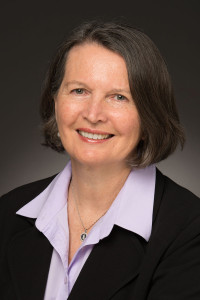 teaches part time for Green Zone Institute and for Karuna Training. Susan is a retired Marital and Family therapist who has been practicing mindfulness meditation for over 35 years.  She is the author of the book The Five Keys To Mindful Communication and a contributor to The Mindful Revolution, edited by Barry Boyce. Her website is: http://www.susangillischapman.com.

“Going into the shadows of our society I realized that our unrealistic expectations about love end up causing us to punish ourselves and each other.  I could see this pattern in my own mind and heart.  But meditation also showed me the opposite:  how friendship towards ourselves can open us to others in a new way.  Creating these models enabled me to bring what I was learning in my mindfulness practice back into my work with others”.

During those years, Susan began developing educational models for healthy relationship that were based on her training in mindfulness and the teachings she received from Shambhala Buddhist masters.  She also drew from her education in the Convent of the Sacred Heart, a school with a gentle, progressive vision of enlightened society.  Susan refined these models for her later work with healthy couples and tested their genuineness over her the past twenty years of her own marriage. 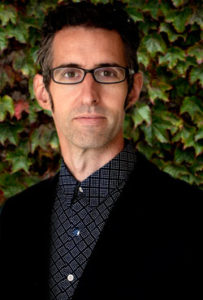 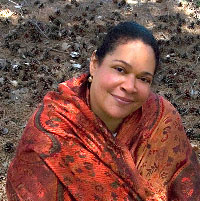 As a young child, Elesa was exposed to the vastness of the mind while participating in classes with her Mother at The Psychic Research Foundation. She was heavily influenced by her Mother, Evelyn Winslow, and her Father, Eugene Winslow, both of whom embodied cultivated consciousness and who taught her by example that the greatest among us shall be called “servant.”

Elesa taught her first meditation class in 1975, at Smith College. She is passionate about inhabiting the fullness of what it means to be human and joyfully maintains beginner’s mind by staying in the classroom of life. Elesa has studied with her root teacher, the Ven. Thich Nhat Hanh, for the past 30 years. She is a graduate of the Temple of Kriya Yoga Meditation Teacher Training Program; completed Yoga Teacher Training with Donna Farhi; graduated from the Tibetan Bowl Sound Healing School; and is certified by Dr. Mitch Nur’s 9-Ways Academia as a Himalayan Singing Bowl Sound Therapist. Elesa completed Yoga Nidra training with Dr. Richard Miller; is a licensed SoulCollage® Facilitator; and in 2017, was empowered by Acharya Susan Gillis Chapman to teach The Five Keys to Mindful Communication. Academically, Elesa holds an MBA from the Wharton School of the University of Pennsylvania and an undergraduate degree in Psychology, Phi Beta Kappa, magna cum laude, from Smith College.

Elesa embraces Dr. King’s definition of power: the ability to achieve purpose. In response to losing her beloved Mother to breast cancer and enduring her own journey, she created, directed and produced “Finding Your Way,” the comprehensive learning system for those newly diagnosed. She has given away over 5,000 copies to under-resourced women across the U.S. and Canada. With Dr. Barbara Meyer, Elesa co-created the, “Befriending the Body/Befriending the Mind” workshop and meditation cards. She authored  “Living Your Legacy,” to help people come to terms with their mortality by articulating, embracing and actualizing their legacy. While teaching meditation for eight years in Santa Fe, New Mexico, Elesa developed a series of Sanskrit mantra meditation CDs used in meditation teacher training programs nationwide.  Her “Good Life…Good Death” year-long intensive, taught with Dr. Diane Rappaport, helps people think through the poignant issues that arise as mortality looms. Through Touching Earth, the mindfulness learning center Elesa founded and co-directs, free listening stations are sponsored throughout the city of Chicago, offering refuge to those who need to be seen and heard. In response to the national youth violence epidemic in America, she directed and executive produced the documentary, “All Rise in Search of Hope,” and established “Peace Officer Academy,” an initiative that works with young people, bereaved mothers and police officers alike to infuse mindfulness and peacekeeping strategies into daily life. Elesa lives in Chicago, where the rubber meets the road everyday! 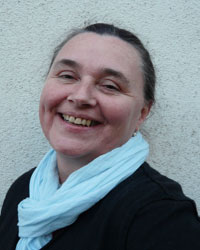 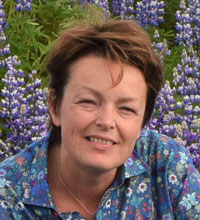 Esther Hasselman is a certified mindfulness trainer (MBSR/MBCT), (self)compassion trainer (MBCL/MSC), and yoga teacher (DRU). Her path of coming home to herself and opening her heart has led her to her “natural communication system.” In the last few years, she specialized in mindfulness in relationship and in communication. She has a deep, experiential understanding of the processes of connecting and disconnecting, both in 1-on-1 relationships and in groups. She teaches Deep Listening and Mindful Communication, and leads practice groups in these disciplines.

Esther has been working in business services since 2010. From there she has built her own training and coaching practice. She works both online and offline, both directly with the Green Zone Institute and privately.

Esther has contributed to a book on “Mindful Communication,” published in November 2020 in Dutch, contributing a section explaining Green Zone Communication in about 20 pages. The book can be ordered here.

She lives in Holland. You can find her Dutch activities on https://goedgesprek.training